In Scotland it is not possible to ask the Court to grant a divorce at any time. There has to be a reason for asking for a divorce. In other words there has to be grounds for divorce.

There are two processes which can be used to obtain a divorce. There is the most common method which is called an Ordinary Divorce and there is a stripped down version called a Simplified Divorce. The latter type of divorce can only be used where the divorcing couple have no children and all financial matters have been resolved.

These 4 grounds fall into two categories. In cases of unreasonable behaviour and adultery the person who is pursuing the divorce is saying that the marriage has broken down because of the other person’s fault. Basically one person is blamed for the breakdown. In cases based on 1 or 2 years separation there is no blame involved; the parties are deciding to divorce on the basis of a period of time passing.

Because there is no blame attached to the 1 and 2 years separation divorces these cases tend to be less contentious and easier to settle.

If someone decides to raise one of the divorces based on the other person’s fault they will be required to provide evidence of the behaviour or adultery complained of before the Courts will grant the Decree of Divorce, which is what the final divorce document is called. (there is no decree nisi or decree absolute in Scotland – these are English terms)

The evidence that is needed for such a divorce is as follows;

To make sure that a divorce will be granted on this ground the person pursuing the action( the Pursuer) will have to give evidence describing what the behaviour in question amounted to.

A witness will also be needed to corroborate the Pursuer’s version of events.

Unreasonable behaviour can range from physical to psychological abuse. It is for the presiding Sheriff (the Scottish term for a Judge) to decide if there is sufficient evidence to grant the divorce.

To make sure a divorce will be granted on this grounds there has to be evidence that the Defender ( the person who is not pursuing the divorce) has had sexual relations with a third party.

It can often be difficult to obtain such evidence and sometimes it is necessary for the Pursuer to instruct Private Investigators to find the evidence to persuade the Sheriff to grant the divorce.

Evidence of a different nature is needed for a divorce to be granted on one of the no fault divorces which are based on periods of time apart.

Ordinary cases are necessary where there are children of the marriage under the age of 16 and where financial issues between the parties have not been resolved.

Simplified Divorces can be used where there are no children of the marriage under the age of 16 and where all financial issues have been tied up.

The Simplified Procedure is far more straightforward than the Ordinary Procedure (and is far less expensive).

The Pursuer swears an Affidavit confirming that the parties have been separated for either 1 or 2 years and there is no need for a witness or for anyone to give evidence in court.

For the avoidance of doubt the Simplified procedure can only be used for 1 and 2 years separation divorces and not for fault based divorces such as unreasonable behaviour or adultery.

If you would like to have an initial consultation to discuss your case and find out more about how the Accredited Family Lawyers can help with your case contact us now on 0800 779 7848.

To find out more about dealing with your high net worth divorce please visit our page on this for more information. 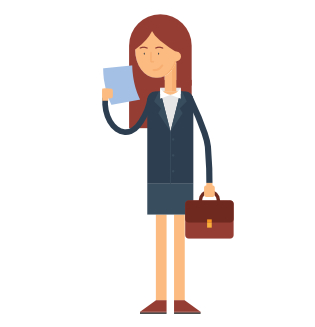 We do not offer Legal Aid but have contacts who do. Please complete our contact form with details of your situation including your full contact details.